Morgan joined Corum in 2006 as a pharmacy student.  Shortly after joining the team she had a life changing moment and transferred to Southern Illinois University – Edwardsville (SIUE) to pursue a new career.  At that time she transitioned from pharmacy to statistics, but continued to work as a pharmacy technician at Corum. While at SIUE she was President of the Golden Key International Honour Society and a member of the National Society of Leadership and Success. Morgan also won the Sigma Xi award for her presentation in the Undergraduate Research and Creative Activities Program in Mathematics and Statistics and was inducted into their honor society. In 2012 she graduated from SIUE with a BS in Actuarial Science and a minor in Business Administration. Coincidentally, at the same time a position in the business office at Corum opened and Morgan had the opportunity to move into a new role.  She worked in the business office for 3 years before being promoted to Business Office Manager where she is responsible for payroll, financial reports, HR functions, working with insurance companies to approve medications, creating and reconciling billing statements, and all business-related functions of the pharmacy system. 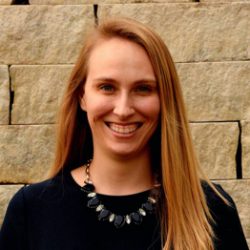